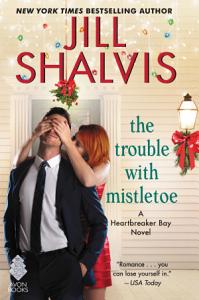 (A standalone Heartbreaker Bay novel) If she has her way . . . Willa Davis is wrangling puppies when Keane Winters stalks into her pet shop with frustration in his chocolate-brown eyes and a pink bedazzled cat carrier in his hand. He needs a kitty sitter, stat. But the last thing Willa needs is to rescue a guy who doesn’t even remember her . . . He’ll get nothing but coal in his stocking. Saddled with his great-aunt’s Feline from Hell, Keane is desperate to leave her in someone else’s capable hands. But in spite of the fact that he’s sure he’s never seen the drop-dead-gorgeous pet shop owner before, she seems to be mad at him . . . Unless he tempers “naughty” with a special kind of nice . . . Willa can’t deny that Keane’s changed since high school: he’s less arrogant, for one thing—but can she trust him not to break her heart again? It’s time to throw a coin in the fountain, make a Christmas wish—and let the mistletoe do its work . . .

Introducing Barefoot Bay Timeless...a new trilogy celebrating the sexy silver fox hero! Set on the sun-washed sands of Barefoot Bay, these contemporary novels tell stories of second chances and redemption. When forty-eight year old widower Mark Solomon arrives in Barefoot Bay for his high school reunion, he's not quite prepared for the onslaught of memories or the attention from interested single women who've gathered for the annual event on the beach. He's ready to ditch the whole thing and resume his life as an adventure-seeking world traveler until he discovers a woman sobbing on his doorstep...and has an idea. By her own admission, advertising copywriter Emma DeWitt is jaded, jilted, and jobless, but she goes over the edge when she learns that the resort villa that was supposed to be the site of her romantic honeymoon is occupied by a single man. But when the sexy silver fox whose staying in the villa surprises her with an irresistible offer to pose as his fake fiancee, Emma sees a way to have her week in paradise and begin healing her broken heart. Mark believes every person has only one soul mate...and he's met, married, and buried his. Emma believes that love is a marketing concept created to sell fairy tales and expensive weddings. What if they are both wrong...and completely right for each other? Don't miss a minute in Barefoot Bay! Barefoot Bay Timeless Barefoot at Sunset Barefoot at Moonrise Barefoot at Midnight Barefoot Bay Undercover Barefoot Bound Barefoot With a Bodyguard Barefoot With a Stranger Barefoot With a Bad Boy Barefoot Bay Brides Barefoot in White Barefoot in Lace Barefoot in Pearls Barefoot Bay Billionaires Secrets on the Sand Seduction on the Sand Scandal on the Sand"

The Innkeeper of Ivy Hill Tales from Ivy Hill Book 1

First Series from Bestselling Author Julie Klassen! The lifeblood of the Wiltshire village of Ivy Hill is its coaching inn, The Bell. But when the innkeeper dies suddenly, his genteel wife, Jane Bell, becomes the reluctant owner. Jane has no notion of how to run a business. However, with the town's livelihood at stake and a large loan due, she must find a way to bring new life to the inn. Despite their strained relationship, Jane turns to her resentful mother-in-law, Thora, for help. Formerly mistress of The Bell, Thora is struggling to find her place in the world. As she and Jane work together, they form a measure of trust, and Thora's wounded heart begins to heal. When she encounters two men from her past, she sees them--and her future--in a different light. With pressure mounting from the bank, Jane employs innovative methods to turn the inn around, and puzzles over the intentions of several men who seem to have a vested interest in the place. Will her efforts be enough to save The Bell? And will Thora embrace the possibility of a second chance at love?

Once Upon a Wine 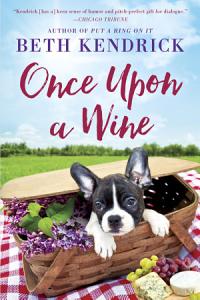 From the “sharp, sassy, [and] surprisingly emotional”* author of In Dog We Trust comes a novel set in the charming seaside town of Black Dog Bay, Delaware... Cammie Breyer needs a big glass of cabernet—her restaurant failed and her chef boyfriend left for a hotter kitchen. Just when she thinks she’s hit rock bottom, her Aunt Ginger calls with a surprise. She’s bought a vineyard—in Delaware. At Ginger’s command, Cammie returns to Black Dog Bay, the seaside town where she spent her childhood summers with her aunt and her cousin, Kat. The three women reunite, determined to succeed. There’s only one little problem: None of them knows the first thing about wine making. And it turns out, owning a vineyard isn’t all wine and roses. It’s dirt, sweat, and desperation. Every day brings financial pitfalls, unruly tourists, romantic dilemmas, and second thoughts. But even as they struggle, they cultivate hidden talents and new passions. While the grapes ripen under the summer sun, Cammie discovers that love, like wine, is layered, complex, delicious, and worth waiting for… 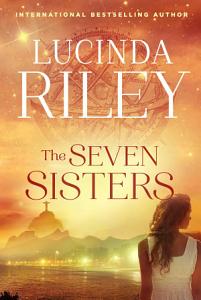 Gathering at their Lake Geneva estate when their adoptive father passes away, six sisters receive tantalizing clues about their true heritage, prompting Maia to journey to Rio de Janeiro to learn the story of her parents' forbidden love. By the best-selling author of The Orchid House.

A Tangle of Hearts

Hearts will tangle, romance will ignite... Continue the journey in A Tangle of Hearts. Order now! *Beware of spoilers in the reviews below that are without spoiler alerts*

First Grave On The Right

Using her ability to see ghosts in her work as a private investigator, Charley Davidson begins experiencing intense sensual dreams about a mysterious entity that has been following her throughout her life. A first novel. Reissue. 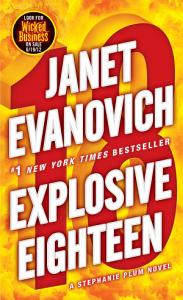 Stephanie Plum finds herself in trouble when her seatmate on her Hawaii to Newark flight winds up dead and a motley collection of thugs, as well as the FBI, search for a photo the man was reportedly carrying--a photo that only Stephanie has seen. 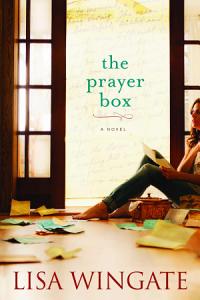 Charged with cleaning out her deceased landlord's old Victorian house after her passing, Tandi Jo Reese has her whole life changed when she discovers Iola's 81 prayer boxes filled with a lifetime of hopes, wishes, fears, observations and more. Simultaneous.

Because of Miss Bridgerton 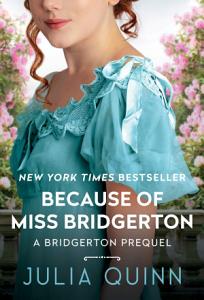 Sometimes you find love in the most unexpected of places... This is not one of those times. Everyone expects Billie Bridgerton to marry one of the Rokesby brothers. The two families have been neighbors for centuries, and as a child the tomboyish Billie ran wild with Edward and Andrew. Either one would make a perfect husband... someday. Sometimes you fall in love with exactly the person you think you should... Or not. There is only one Rokesby Billie absolutely cannot tolerate, and that is George. He may be the eldest and heir to the earldom, but he's arrogant, annoying, and she's absolutely certain he detests her. Which is perfectly convenient, as she can't stand the sight of him, either. But sometimes fate has a wicked sense of humor... Because when Billie and George are quite literally thrown together, a whole new sort of sparks begins to fly. And when these lifelong adversaries finally kiss, they just might discover that the one person they can't abide is the one person they can't live without...