Click Get Book Button To Download or read online Bill O’Reilly’s Legends and Lies: The Patriots books, Available in PDF, ePub, Tuebl and Kindle. This site is like a library, Use search box in the widget to get ebook that you want. 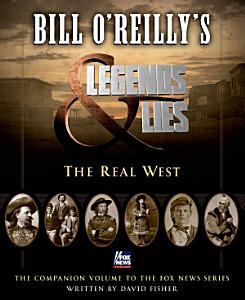 The must-have companion to Bill O'Reilly's historic series Legends and Lies: The Real West, a fascinating, eye-opening look at the truth behind the western legends we all think we know How did Davy Crockett save President Jackson's life only to end up dying at the Alamo? Was the Lone Ranger based on a real lawman-and was he an African American? What amazing detective work led to the capture of Black Bart, the "gentleman bandit" and one of the west's most famous stagecoach robbers? Did Butch Cassidy and the Sundance Kid really die in a hail of bullets in South America? Generations of Americans have grown up on TV shows, movies and books about these western icons. But what really happened in the Wild West? All the stories you think you know, and others that will astonish you, are here--some heroic, some brutal and bloody, all riveting. Included are the ten legends featured in Bill O'Reilly's Legends and Lies docuseries -from Kit Carson to Jesse James, Wild Bill Hickok to Doc Holliday-- accompanied by two bonus chapters on Daniel Boone and Buffalo Bill and Annie Oakley. Frontier America was a place where instinct mattered more than education, and courage was necessary for survival. It was a place where luck made a difference and legends were made. Heavily illustrated with spectacular artwork that further brings this history to life, and told in fast-paced, immersive narrative, Legends and Lies is an irresistible, adventure-packed ride back into one of the most storied era of our nation's rich history. 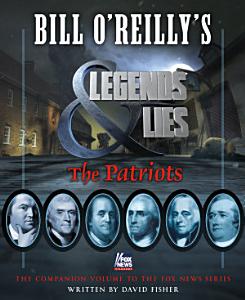 The must-have companion to Bill O'Reilly's historical docudrama Legends and Lies: The Patriots, an exciting and eye-opening look at the Revolutionary War through the lives of its leaders The American Revolution was neither inevitable nor a unanimous cause. It pitted neighbors against each other, as loyalists and colonial rebels faced off for their lives and futures. These were the times that tried men's souls: no one was on stable ground and few could be trusted. Through the fascinating tales of the first Americans, Legends and Lies: The Patriots reveals the contentious arguments that turned friends into foes and the country into a warzone. From the riots over a child's murder that led to the Boston Massacre to the suspicious return of Ben Franklin, the "First American;" from the Continental Army's first victory under George Washington's leadership to the little known southern Guerilla campaign of "Swamp Fox" Francis Marion, and the celebration of America's first Christmas, The Patriots recreates the amazing combination of resourcefulness, perseverance, strategy, and luck that led to this country's creation. Heavily illustrated with spectacular artwork that brings this important history to vivid life, and told in the same fast-paced, immersive narrative as the first Legends and Lies, The Patriots is an irresistible, adventure-packed journey back into one of the most storied moments of our nation's rich history. 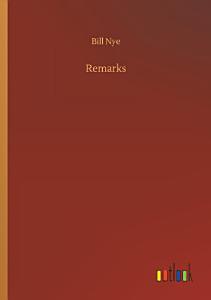 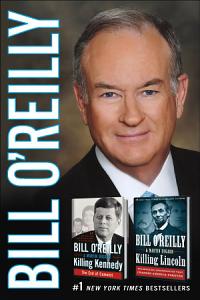 The ultimate collection of history that reads like a thriller from mega-bestselling author, Bill O'Reilly Millions of readers have discovered the thrill of history come to life in the instant bestsellers, Killing Lincoln and Killing Kennedy, from New York Times bestselling author and iconic anchor of The O'Reilly Factor, Bill O'Reilly. Now you can experience both of the vivid and remarkable accounts of the assassinations that changed America's history in a dual hardcover boxed set. Relive the last days of Abraham Lincoln and John F. Kennedy—two presidents living in different eras, yet tied by their duty to their country and the legacies they so abruptly left behind. 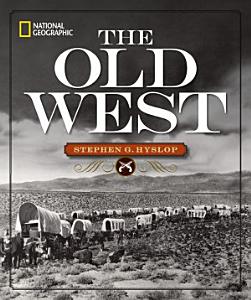 "From the first wagon trains to the building of the railroads, the story of the American West is epic in scope, full of amazing stories of grit, tragedy, and triumph. Lavishly illustrated with photographs and maps, this is the definitive history of a time and place that forever lives in legend. Travel with fur traders and trappers through the Pacific northwest; read accounts of brave pioneers heading west along the Oregon Trail; see 19th-century technology progress as the golden spike connects the east and west coasts; and learn the stories of unforgettable characters who made the American West. The history starts with the early explorers who laid claim to the West, altering forever the lives and lands of the Native Americans. Illustrations and archival imagery illuminate the conquest by the Spanish and other Europeans, exploration by Americans, the land rushes by settlers, the Indian Wars, the gold rushes, cowboy culture, loggers, railroad builders, and more. Sidebars showcase fascinating figures and topics of the Old West, including- Annie Oakley, gunslinger and performer; the rise of the copper kings; "Western" motion pictures; feuds between cowboys, ranchers, and sheep herder