Click Get Book Button To Download or read online Braving It books, Available in PDF, ePub, Tuebl and Kindle. This site is like a library, Use search box in the widget to get ebook that you want. 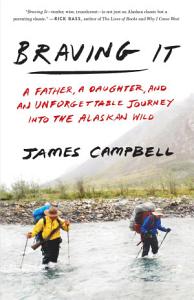 The powerful and affirming story of a father's journey with his teenage daughter to the far reaches of Alaska Alaska's Arctic National Wildlife Refuge, home to only a handful of people, is a harsh and lonely place. So when James Campbell's cousin Heimo Korth asked him to spend a summer building a cabin in the rugged Interior, Campbell hesitated about inviting his fifteen-year-old daughter, Aidan, to join him: Would she be able to withstand clouds of mosquitoes, the threat of grizzlies, bathing in an ice-cold river, and hours of grueling labor peeling and hauling logs? But once there, Aidan embraced the wild. She even agreed to return a few months later to help the Korths work their traplines and hunt for caribou and moose. Despite windchills of 50 degrees below zero, father and daughter ventured out daily to track, hunt, and trap. Under the supervision of Edna, Heimo's Yupik Eskimo wife, Aidan grew more confident in the woods. Campbell knew that in traditional Eskimo cultures, some daughters earned a rite of passage usually reserved for young men. So he decided to take Aidan back to Alaska one final time before she left home. It would be their third and most ambitious trip, backpacking over Alaska's Brooks Range to the headwaters of the mighty Hulahula River, where they would assemble a folding canoe and paddle to the Arctic Ocean. The journey would test them, and their relationship, in one of the planet's most remote places: a land of wolves, musk oxen, Dall sheep, golden eagles, and polar bears. At turns poignant and humorous, Braving It is an ode to America's disappearing wilderness and a profound meditation on what it means for a child to grow up--and a parent to finally, fully let go. 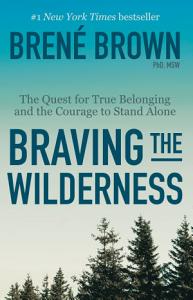 #1 NEW YORK TIMES BESTSELLER * A timely and important book that challenges everything we think we know about cultivating true belonging in our communities, organizations, and culture, from the #1 bestselling author of Rising Strong, Daring Greatly, and The Gifts of Imperfection Don't miss the hourlong Netflix special Brené Brown: The Call to Courage! HELLO SUNSHINE BOOK CLUB PICK "True belonging doesn't require us to change who we are. It requires us to be who we are." Social scientist Brené Brown, PhD, LMSW, has sparked a global conversation about the experiences that bring meaning to our lives--experiences of courage, vulnerability, love, belonging, shame, and empathy. In Braving the Wilderness, Brown redefines what it means to truly belong in an age of increased polarization. With her trademark mix of research, storytelling, and honesty, Brown will again change the cultural conversation while mapping a clear path to true belonging. Brown argues that we're experiencing a spiritual crisis of disconnection, and introduces four practices of true belonging that challenge everything we believe about ourselves and each other. She writes, "True belonging requires us to believe in and belong to ourselves so fully that we can find sacredness both in being a part of something and in standing alone when necessary. But in a culture that's rife with perfectionism and pleasing, and with the erosion of civility, it's easy to stay quiet, hide in our ideological bunkers, or fit in rather than show up as our true selves and brave the wilderness of uncertainty and criticism. But true belonging is not something we negotiate or accomplish with others; it's a daily practice that demands integrity and authenticity. It's a personal commitment that we carry in our hearts." Brown offers us the clarity and courage we need to find our way back to ourselves and to each other. And that path cuts right through the wilderness. Brown writes, "The wilderness is an untamed, unpredictable place of solitude and searching. It is a place as dangerous as it is breathtaking, a place as sought after as it is feared. But it turns out to be the place of true belonging, and it's the bravest and most sacred place you will ever stand." 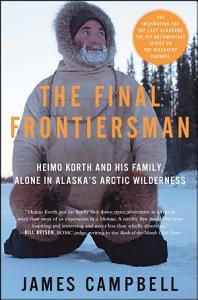 The inspiration for The Last Alaskans—the eight-part documentary series on the Discovery Channel! Called “[one of] the greatest life-or-death-tales ever told” (Esquire), James Campbell’s inimitable insider account of a family’s nomadic life in the unshaped Arctic wilderness “is an icily gripping, intimate profile that stands up well beside Krakauer’s classic [Into the Wild], and it stands too, as a kind of testament to the rough beauty of improbably wild dreams” (Men’s Journal). Hundreds of hardy people have tried to carve a living in the Alaskan bush, but few have succeeded as consistently as Heimo Korth. Originally from Wisconsin, Heimo traveled to the Arctic wilderness in his feverous twenties. Now, more than three decades later, Heimo lives with his wife and two daughters approximately 200 miles from civilization—a sustainable, nomadic life bounded by the migrating caribou, the dangers of swollen rivers, and by the very exigencies of daily existence. In The Final Frontiersman, Heimo’s cousin James Campbell chronicles the Korth family’s amazing experience, their adventures, and the tragedy that continues to shape their lives. With a deft voice and in spectacular, at times unimaginable detail, Campbell invites us into Heimo’s heartland and home. The Korths wait patiently for a small plane to deliver their provisions, listen to distant chatter on the radio, and go sledding at 44° below zero—all the while cultivating the hard-learned survival skills that stand between them and a terrible fate. Awe-inspiring and memorable, The Final Frontiersman reads like a rustic version of the American Dream and reveals for the first time a life undreamed by most of us: amid encroaching environmental pressures, apart from the herd, and alone in a stunning wilderness that for now, at least, remains the final frontier. 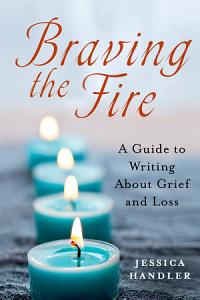 Braving the Fire is the first book to provide a road map for the journey of writing honestly about mourning, grief and loss. Created specifically by and for the writer who has experienced illness, loss, or the death of a loved one, Braving the Fire takes the writers' perspective in exploring the challenges and rewards for the writer who has chosen, with courage and candor, to be the memory keeper. It will be useful to the memoirist just starting out, as well as those already in the throes of coming to terms with complicated emotions and the challenges of shaping a compelling, coherent true story. Loosely organized around the familiar Kübler-Ross model of Five Stages of Grief, Braving the Fire uses these stages to help the reader and writer though the emotional healing and writing tasks before them, incorporating interviews and excerpts from other treasured writers who've done the same. Insightful contributions from Nick Flynn, Darin Strauss, Kathryn Rhett, Natasha Trethewey, and Neil White, among others, are skillfully bended with Handler's own approaches to facing grief a second time to be able to write about it. Each section also includes advice and wisdom from leading doctors and therapists about the physical experience of grieving. Handler is a compassionate guide who has braved the fire herself, and delivers practical and inspirational direction throughout.

Forever and Ever Amen 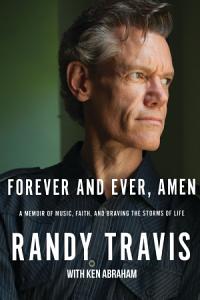 The long-awaited, deeply personal story of one of American music's greatest icons, a remarkable tale of the utmost heights of fame and success, the deepest lows of life's sorrows, and a miraculous return from the brink of death—told as only Randy Travis can. Beloved around the world, Randy Travis has sold more than 25 million albums in both country and gospel and is considered one of the finest performers of his generation, admired by superstars across the musical landscape, from Garth Brooks to Mick Jagger. From a working-class background in North Carolina to a job as a cook and club singer in Nashville to his "overnight success" with his smash 1986 album Storms of Life--which launched the neotraditional movement in country music--Randy’s first three decades are a true rags-to-riches story. But in 2009, this seemingly charmed life began a downward spiral. His marriage dissolved, he discovered that his finances had unraveled, and his struggles with anger led to alcohol abuse, public embarrassment, and even police arrest in 2012. Then, just as he was putting his life back together, Randy suffered a devastating viral cardiomyopathy that led to a massive stroke which he was not expected to survive. Yet he not only survived but also learned to walk again and in 2016 accepted his induction into the Country Music Hall of Fame by singing the hymn that explains his life today: "Amazing Grace." Filled with never-before-told stories, Forever and Ever, Amen is a riveting tale of unfathomable success, great joy, deep pain, and redemption that can come only from above.