From Chlorine to Chlorine: 100 Years of Chemical and Biological Weapon Developments Books

Click Get Book Button To Download or read online From Chlorine to Chlorine: 100 Years of Chemical and Biological Weapon Developments books, Available in PDF, ePub, Tuebl and Kindle. This site is like a library, Use search box in the widget to get ebook that you want. 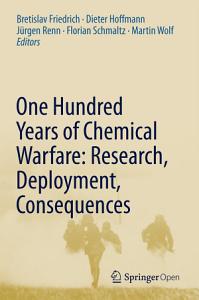 This book is open access under a CC BY-NC 2.5 license. On April 22, 1915, the German military released 150 tons of chlorine gas at Ypres, Belgium. Carried by a long-awaited wind, the chlorine cloud passed within a few minutes through the British and French trenches, leaving behind at least 1,000 dead and 4,000 injured. This chemical attack, which amounted to the first use of a weapon of mass destruction, marks a turning point in world history. The preparation as well as the execution of the gas attack was orchestrated by Fritz Haber, the director of the Kaiser Wilhelm Institute for Physical Chemistry and Electrochemistry in Berlin-Dahlem. During World War I, Haber transformed his research institute into a center for the development of chemical weapons (and of the means of protection against them). Bretislav Friedrich and Martin Wolf (Fritz Haber Institute of the Max Planck Society, the successor institution of Haber’s institute) together with Dieter Hoffmann, Jürgen Renn, and Florian Schmaltz (Max Planck Institute for the History of Science) organized an international symposium to commemorate the centenary of the infamous chemical attack. The symposium examined crucial facets of chemical warfare from the first research on and deployment of chemical weapons in WWI to the development and use of chemical warfare during the century hence. The focus was on scientific, ethical, legal, and political issues of chemical weapons research and deployment — including the issue of dual use — as well as the ongoing effort to control the possession of chemical weapons and to ultimately achieve their elimination. The volume consists of papers presented at the symposium and supplemented by additional articles that together cover key aspects of chemical warfare from 22 April 1915 until the summer of 2015.

A Survey of Chemical and Biological Warfare 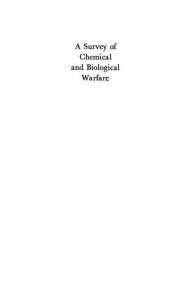 An in-depth analysis of nearly all chemical and biological weapons, their effects, and the politics surrounding their deployment. 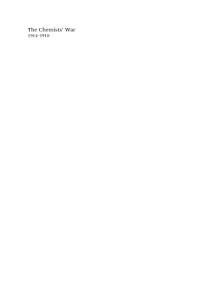 The 1914-18 war has been referred to as the 'chemists' war' and to commemorate the centenary, this collection of essays will examine various facets of the role of chemistry in the First World War. Written by an experienced science writer, this book will be of interest to scientists and historians with an interest in this technologically challenging time. 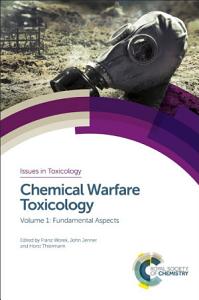 The Problem of Chemical and Biological Warfare 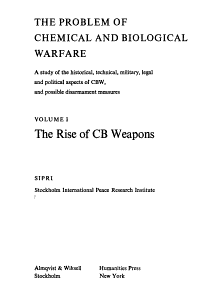