Click Get Book Button To Download or read online Losing Our Religion books, Available in PDF, ePub, Tuebl and Kindle. This site is like a library, Use search box in the widget to get ebook that you want. 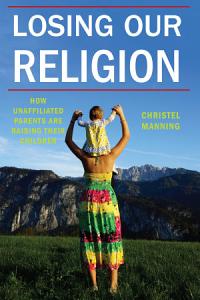 The fastest growing religion in America is—none! One fifth of Americans now list their religion as “none,” up from only 7 percent two decades ago. Among adults under 30, those poised to be the parents of the next generation, fully one third are religiously unaffiliated. Yet these “Nones,” especially parents, still face prejudice in a culture where religion is widely seen as good for your kids. What do Nones believe, and how do they negotiate tensions with those convinced that they ought to provide their children with a religious upbringing? Drawing on survey data and in-depth personal interviews with religiously unaffiliated parents across the country, Christel Manning provides important demographic data on American “Nones” and offers critical nuance to our understanding of the term. She shows that context is crucial in understanding how those without religious ties define themselves and raise their families. Indeed, she demonstrates that Nones hold a wide variety of worldviews, ranging from deeply religious to highly secular, and transmit them in diverse ways. What ties them all together is a commitment to spiritual choice—a belief in the moral equivalence of religions and secular worldviews and in the individual’s right to choose—and it is that choice they seek to pass on to their children. The volume weaves in stories from the author’s interviews throughout, showing how non-religious parents grapple with pressure from their community and how they think about religious issues. Engagingly written and thoroughly researched, Losing Our Religion will appeal to scholars, parents, and anyone interested in understanding the changing American religious landscape. 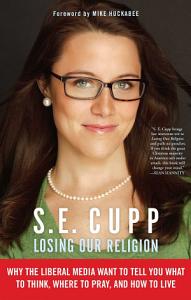 "The press has become a tool of oppression—politicized, self–aware, self–motivated, and power–hungry. . . . In short, these people can no longer be trusted." —From S. E. Cupp’s Losing Our Religion It’s time to wake up and smell the bias. The go-to commentator for such programs as Fox News’s Hannity and CNN’s Larry King Live and Reliable Sources, S. E. Cupp is just that—a reliable source for the latest news, trends, and forecasts in young, bright, conservative America. Savvy and outspoken when shattering left-leaning assumptions as she did in Why You’re Wrong About the Right, Cupp now takes on the most pressing threat to the values and beliefs held and practiced by the majority of Americans: the marginalizing of Christianity by the flagrantly biased liberal media. From her galvanizing introduction, you know where S. E. Cupp stands: She’s an atheist. A non-believer. Which makes her the perfect impartial reporter from the trenches of a culture war dividing America and eroding the Judeo-Christian values on which this country was founded. Starting at the top, she exposes the unwitting courtship of President Obama and the liberal press, which consistently misreports or downplays Obama’s clear discomfort with, or blatant disregard for, religious America—from covering up religious imagery in the backdrop of his Georgetown University speech to his absence from events surrounding the National Day of Prayer, to identifying America in his inaugural address as, among other things, "a nation of non-believers." She likens the calculated attacks of the liberal media to a class war, a revolution with a singular purpose: to overthrow God and silence Christian America for good. And she sends out an urgent call for all Americans to push back the leftist propaganda blitz striking on the Internet, radio, television, in films, publishing, and print journalism—or invite the tyrannies of a "mainstream" media set on mocking our beliefs, controlling our decisions, and extinguishing our freedoms. Now, discover the truth behind the war against Christmas—and how political correctness keeps the faithful under wraps . . . the one-sided analyses of Prop 8 and the gay marriage debate . . . the media pot-shots at Sarah Palin’s personal faith . . . the politicization of entertainment mainstays such as American Idol and the Miss USA Pageant . . . and much more. Also included are her penetrating interviews with Dinesh D’Souza, Martha Zoller, James T. Harris, Newt Gingrich, Kevin Madden, and Kevin Williamson of National Review, delivering must-read analyses of the latest stunning lowlights from the liberal media. 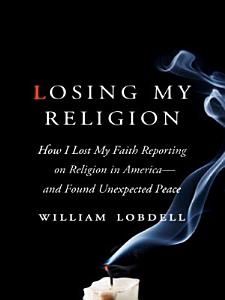 William Lobdell's journey of faith—and doubt—may be the most compelling spiritual memoir of our time. Lobdell became a born-again Christian in his late 20s when personal problems—including a failed marriage—drove him to his knees in prayer. As a newly minted evangelical, Lobdell—a veteran journalist—noticed that religion wasn't covered well in the mainstream media, and he prayed for the Lord to put him on the religion beat at a major newspaper. In 1998, his prayers were answered when the Los Angeles Times asked him to write about faith. Yet what happened over the next eight years was a roller-coaster of inspiration, confusion, doubt, and soul-searching as his reporting and experiences slowly chipped away at his faith. While reporting on hundreds of stories, he witnessed a disturbing gap between the tenets of various religions and the behaviors of the faithful and their leaders. He investigated religious institutions that acted less ethically than corrupt Wall St. firms. He found few differences between the morals of Christians and atheists. As this evidence piled up, he started to fear that God didn't exist. He explored every doubt, every question—until, finally, his faith collapsed. After the paper agreed to reassign him, he wrote a personal essay in the summer of 2007 that became an international sensation for its honest exploration of doubt. Losing My Religion is a book about life's deepest questions that speaks to everyone: Lobdell understands the longings and satisfactions of the faithful, as well as the unrelenting power of doubt. How he faced that power, and wrestled with it, is must reading for people of faith and nonbelievers alike. 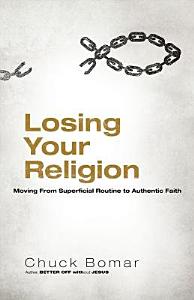 Many Christians feel as if something is missing in their relationship with God. They long to find an in-depth, authentic relationship with God. Instead, many believers find themselves living out a results-oriented “behavior management system” of spiritual growth. Unfortunately, rather than leading to an intimate relationship with God, this behavior-based system does just the opposite. It produces an unsatisfying life full of inner turmoil and doubt as Christians wonder whether or not they will ever experience the deeply satisfying life Jesus promised. Chuck Bomar calls this the “elephant in the room” that nobody seems to talk about but everyone struggles with. As the pastor of a church embraced by millennials and young families, and a long-time leader of seminars that help pastors reach this “lost” generation, Chuck is uniquely qualified to write this book. 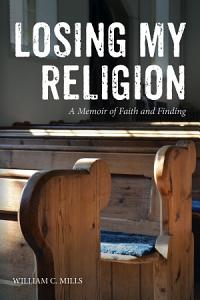 After four years of college and six years in seminary, William Mills was ready for a parish--or so he thought. He didn't realize much of his time would be endless discussions about bagels and coffee, digging ditches, and parking lot condom patrols. For six years, community life was just humming along. Then disaster struck. Mills' life came crashing down when nearly a third of his congregation left in a public power play, causing him to question his faith in himself, in the church, and in God. Marva Dawn, a noted writer of spirituality and ministry, said that being a pastor is like being peppered with popcorn: after a while, you just get tired of it, pack your bags, and move on. However, as Mills himself says, "I was either too stubborn or stupid, so I stayed." Losing My Religion is about the ups and downs, ins and outs, choices and challenges of being a pastor in the twenty-first-century church. It's also about the redemptive power of community life and finding healing and wholeness in a broken world.