Click Get Book Button To Download or read online New Deal Photography books, Available in PDF, ePub, Tuebl and Kindle. This site is like a library, Use search box in the widget to get ebook that you want.

The Black Image in the New Deal 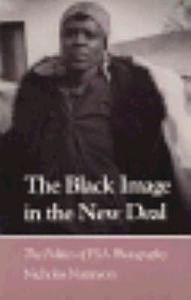 Between 1935 and 1942, photographers for the New Deal's Resettlement Administration-Farm Security Administration (FSA) captured in powerfully moving images the travail of the Great Depression and the ways of a people confronting radical social change. Those who speak of the special achievement of FSA photography usually have in mind such white icons as Dorothea Lange's Migrant Mother or Walker Evans's Alabama sharecroppers. But some six thousand printed images, a tenth of FSA's total, included black figures or their dwellings. At last, Nicholas Natanson reveals both the innovative treatment of African Americans in FSA photographs and the agency's highly problematic use of these images once they had been created. While mono-dimensional treatments of blacks were common in public and private photography of the period, such FSA photographers as Ben Shahn, Arthur Rothstein, and Jack Delano were well informed concerning racial problems and approached blacks in a manner that avoided stereotypes, right-wing as well as left-wing. In addition, rather than focusing exclusively on FSA-approved agency projects involving blacks - politically the safest course - they boldly addressed wider social and cultural themes. This study employs a variety of methodological tools to explore the political and administrative forces that worked against documentary coverage of particularly sensitive racial issues. Moreover, Natanson shows that those who drew on the FSA photo files for newspapers, magazines, books, and exhibitions often entirely omitted images of black people and their environment or used devices such as cropping and captioning to diminish the true range of the FSA photographers' vision.

Amid the ravages of the Great Depression, the United States Farm Security Administration (FSA) was first founded in 1935 to address the countryrsquo;s rural poverty. Its efforts focused on improving the lives of sharecroppers, tenants, and very poor landowning farmers, with resettlement and collectivization programs, as well as modernized farming methods. In a parallel documentation program, the FSA hired a number of photographers and writers to record the lives of the rural poor and ldquo;introduce America to Americans.rdquo; This book records the full reach of the FSA program from 1935 to 1943, honoring its vigor and commitment across subjects, states, and stylistic preferences. The photographs are arranged into four broad regional sections but are allowed to speak for themselves. 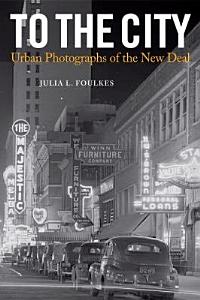 In the 1930s and 1940s, as the United States moved from a rural to an urban nation, the pull of the city was irrepressible. It was so strong that even a photographic mission designed to record the essence of rural America could not help but capture the energy of urbanization too. To the City showcases over 100 photographs from the Farm Security Administration (FSA) project along with extracts from the Works Progress Administration (WPA) guidebooks and oral histories, to convey the detail and dimensions of that transformation. This artfully grouped collection of photographs includes magnificent images by notable photographers Dorothea Lange, Walker Evans and Gordon Parks, among many others. Foulkes organizes this history of Americana into five themes: Intersection; Traffic; High Life and Low Life; The City in the Country; and Citizens to illuminate the changes in habits, landscapes, and aspirations that the march to cities encompassed. As the rural past holds symbolic sway and the suburb presents demographic force, the urban portion of our history—why and how cities have been a destination for hope—recedes from view. To the City is a thoughtful, engaging reminder.

Agee's colleague at Time in the 1940s, John Hersey, writes a major evaluation of Agee's work and the Agee legend in a new introduction to this literary classic. 64 pages of photos.

Upon entering the White House in 1933, President Franklin D. Roosevelt faced an ailing economy in the throes of the Great Depression and rushed to transform the country through recovery programs and legislative reform. By 1934, he began to send professional photographers to the state of West Virginia to document living conditions and the effects of his New Deal programs. The photographs from the Farm Security Administration Project not only introduced “America to Americans,” exposing a continued need for government intervention, but also captured powerful images of life in rural and small town America.New Deal Photographs of West Virginia, 1934-1943 presents images of the state's northern and southern coalfields, the subsistence homestead projects of Arthurdale, Eleanor, and Tygart Valley, and various communities from Charleston to Clarksburg and Parkersburg to Elkins. With over one hundred and fifty images by ten FSA photographers, including Walker Evans, Marion Post Wolcott, Arthur Rothstein, and Ben Shahn, this collection is a remarkable proclamation of hardship, hope, endurance, and, above all, community. These photographs provide a glimpse into the everyday lives of West Virginians during the Great Depression and beyond.