Click Get Book Button To Download or read online Smith’s Recognizable Patterns of Human Deformation books, Available in PDF, ePub, Tuebl and Kindle. This site is like a library, Use search box in the widget to get ebook that you want. 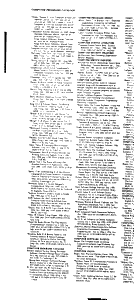 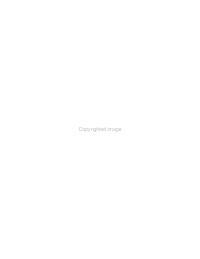 The study begins by arguing that Aboriginal family violence and abuse: (1) is a multi-factoral social syndrome and not simply an undesirable behaviour; (2) resides within Aboriginal individuals, families and community relationships, as well as within social and political dynamics; (3) typically manifests itself as a regimen of domination that is established and enforced by one person over one or more others, through violence, fear and a variety of abuse strategies; (4) is usually not an isolated incidence or pattern, but is most often rooted in intergenerational abuse; (5) is almost always linked to the need for healing from trauma; (6) is allowed to continue and flourish because of the presence of enabling community dynamics, which as a general pattern, constitutes a serious breach of trust between the victims of violence and abuse and the whole community; and finally, (7) the entire syndrome has its roots in Aboriginal historical experience, which must be adequately understood in order to be able to restore wholeness, trust and safety to the Aboriginal family and community life. Part 2 describes twelve key community determinants of family violence and abuse. Part 3 explores constraining factors from outside Aboriginal communities that impact their capacity to work effectively and systematically to address family violence and abuse. Part 4 reviews current responses to Aboriginal family violence and abuse by examining the nature and scope of fifteen community-based or regional programs, as well as the primary lessons from their many years of experience operating transition housing, counselling, referrals and many other types of support to women and children seeking sanctuary from abusive situations. Part 5 proposes a generic framework for intervention aimed at reducing and eventually eliminating widespread family violence and abuse from Aboriginal communities. 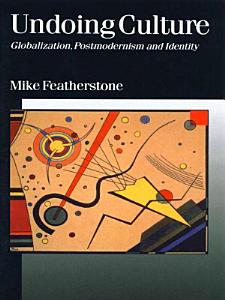 Written with the clarity and insight that readers have come to expect of Mike Featherstone Undoing Culture is a notable contribution to our understanding of modernism and postmodernism. It explores the formation and deformation of the cultural sphere and the effects on culture of globalization. Against many orthodox postmodernist accounts,the author argues that it is wrong to regard our present state of fragmentation and dislocation as an epochal break. Existing interdependencies and power balances are not so easily broken down. Nonetheless some important cultural changes have occurred since World War II. In particular, the book examines some of the processes which have uncoupled culture from the social; the erosion of the ideal of the heroic life in the face of the onslaught from consumerism and the deformation of culture; and the rise of new forms of identity development. It explains why culture has gained a more significant role in everyday life and also why it has come to preoccupy the Academy in recent years. Mike Featherstone looks at the effects of the multiplication of cultural goods and images on our ability to read culture and develop fixed meanings and relationships. He highlights the importance of the global in attempting to cope with the objective difficulties of cultural overproduction. The book concludes that the rise of non-Western nation-states with different cultural frames produces different reactions of modernity, making it more appropriate to refer to global modernities. 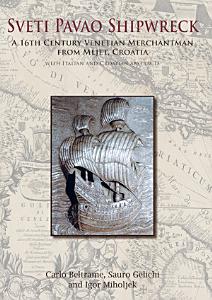 Between 2007 and 2012 the Department for Underwater Archaeology of the Croatian Conservation Institute from Zagreb and the Department of Humanistic Studies of the Ca' Foscari University of Venice collaborated in the recording, underwater excavation and analysis of the unusually well-preserved wreck of a 16th century Venetian merchantman in the Svetti Pavao shallow off the southern shore of the island of Mljet, Croatia. The shipwreck preserved many personal possessions of the crew as well as a number of bronze artillery pieces and the remains of a cargo of luxury and richly decorated ceramic material from Iznik and other oriental workshops. Although the excavation is not complete, this volume presents the results of the project so far. The methodological and technical aspects of the underwater investigation of the site, mainly by photogrammetry, are described; the historical and archaeological context of navigation in the late Medieval period in the eastern Mediterranean discussed; and the recovered artefacts described and catalogued in detail, together with the remains of the ship and its equipment that, because of depth and of problems of conservation, have been left in situ. The conservation and restoration of the finds are described in an appendix.