Click Get Book Button To Download or read online Somme books, Available in PDF, ePub, Tuebl and Kindle. This site is like a library, Use search box in the widget to get ebook that you want.

Verdun and the Somme 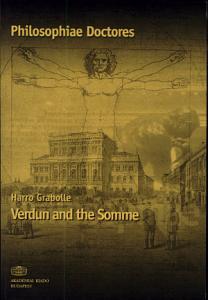 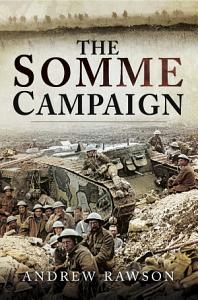 The five and a half month long Somme campaign in the summer and autumn of 1916 was a defining moment in the history of the British Army. From the disastrous opening day on 1 July to the final attacks in November, each large battle and minor action is given equal treatment inside these pages.?The book concentrates on the British Army's repeated efforts to first break through the enemy lines,and then to wear down the German in a bloody war of attrition. By compiling information from the Official History and the printed histories we get a balanced view of the most talked about side of the campaign, the British side.?You will find plenty of information on the reasoning behind each battle and the objectives. There is discussion on artillery bombardments, tactics, zero hours, the terrain and insights into the successes and failures of each attack. Over ninety new maps chart the day by day progress of Fourth and the Reserve Armyacross the rolling chalk downs of the Somme.?Together the narrative and mapsprovide an insight into the British Army's learning curve during that fateful summer; a learning curve which set the scene for future battles on the Western Front. We can see the hard lessons learnt and the solutions used to solve a multitude of problems, from communication and all arms co-operation, to the inclusion of tanks and the growing role of the Royal Flying Corps.?Where possible the men who made a difference are mentioned; the men who lead the assault companies and bombing teams, those who cut the wire and led the survivors into the German trenches, those who stopped the counterattacks and those awarded the Victoria Cross.?Discover the real Somme campaign fought by the British Army and learn how its brave soldiers fought hard to achieve their objectives. 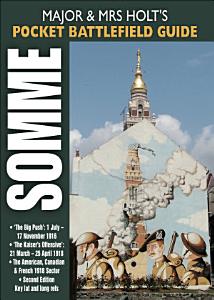 The Somme is the epicentre for most people in the study of the First World War from a UK and Commonwealth perspective. Today the landscape and terrain are dedicated to the soldiers that fought and died there and Major and Mrs Holt's Pocket Guide to the Somme has been put together to take you around the area. This book, part of a new series of guides, is designed conveniently in a small size, for those who have only limited time to visit, or who are simply interested in as an introduction to the historic battlefields, whether on the ground or from an armchair. They contain selections from the Holts' more detailed guides of the most popular and accessible sites plus handy tourist information, capturing the essential features of the Battles. The book contains many full colour maps and photographs and detailed instructions on what to see and where to visit. 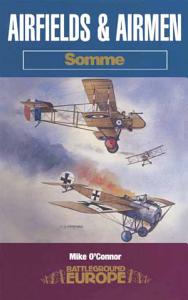 The latest volume in the Airfields and Airmen series covers the Arras area. It includes a visit to the grave of Albert Ball VC and the graves of Waterfall and Bayly, the first British fliers killed in action. There is a visit to the aerodrome from which Alan McLeod took off from to earn his VC and to the grave of Viscount Glentworth, killed while flying with 32 Squadron. The German side is well covered with visits to their cemeteries and aerodromes. This well researched book relives the deadly thrills of war in the air over the battlefields of the Western Front. 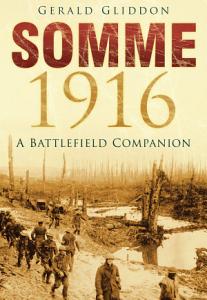 Gerald Gliddon's classic survery of the Somme battlefield in 1916, first published in 1987 to great acclaim, has been greatly expanded and updated to include the latest research and analysis. Supported by a wide selection of archive photographs and drawing on the testimony of those who took part, this new edition covers both the famous battle sites, such as High Wood and Mametz Wood and lesser known villages on the outlying flanks. It includes a day-by-day account of the British build-up on the Somme and the ensuing struggle, British and German orders of battle and a full history of the cemeteries and memorials, both 'lost' and current, that sprang up in the years following the First World War. The author also provides thumbnail biographies of all the senior officers to fall, as well as the winners of the Victoria Cross and those who were 'shot at dawn'. In addition, Somme 'personalities' such as George Butterworth are covered in far greater detail than before.