Click Get Book Button To Download or read online The 2011 Fukushima Nuclear Power Plant Accident books, Available in PDF, ePub, Tuebl and Kindle. This site is like a library, Use search box in the widget to get ebook that you want. 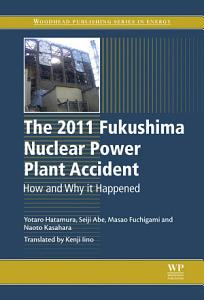 In March 2011 the Fukushima nuclear power plant (NPP) in Japan was hit by an earthquake and subsequent tsunami which resulted in the release of significant amounts of radioactive material. The incident led to the suspension of nuclear programmes by a number of countries. This book provides a definitive account of the accident. Outlines the main sequence of events of the 2011 Fukushima nuclear power plant accident, considers the responses of central and local government, and evaluates the response of the plant owner TEPCO. Describes and assesses the effectiveness of the evacuation process and subsequent decontamination of the site and local area. Offers recommendations for improving the safe design and operation of nuclear power plants and considers the future of the Fukushima plant and nuclear power generation in Japan. 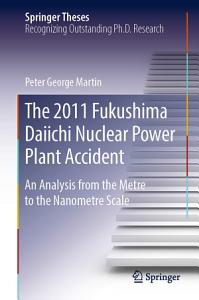 This PhD sought to determine the mechanisms for the reactor explosions by mapping, collecting and analysing samples from across the area of Japan that received radioactive fallout from the explosions. In doing this, the author conducted significant fieldwork in the restricted-access fallout zone using ground and novel UAV-based mapping of radiation to identify hot-spot areas for sample collecting but also using these tools to verify the efficacy of the clean-up operations ongoing in the prefecture. Such fieldwork was both technically pioneering for its use of UAVs (drones) but also selfless in terms of bravely entering a nuclear danger area to collect samples for the greater benefit of the scientific community.

The Fukushima Daiichi Accident consists of a Report by the IAEA Director General and five technical volumes. It is the result of an extensive international collaborative effort involving five working groups with about 180 experts from 42 Member States with and without nuclear power programmes and several international bodies. It provides a description of the accident and its causes, evolution and consequences, based on the evaluation of data and information from a large number of sources available at the time of writing. The Fukushima Daiichi Accident will be of use to national authorities, international organizations, nuclear regulatory bodies, nuclear power plant operating organizations, designers of nuclear facilities and other experts in matters relating to nuclear power, as well as the wider public. The set contains six printed parts and five supplementary CD-ROMs.

The March 11, 2011, Great East Japan Earthquake and tsunami sparked a humanitarian disaster in northeastern Japan. They were responsible for more than 15,900 deaths and 2,600 missing persons as well as physical infrastructure damages exceeding $200 billion. The earthquake and tsunami also initiated a severe nuclear accident at the Fukushima Daiichi Nuclear Power Station. Three of the six reactors at the plant sustained severe core damage and released hydrogen and radioactive materials. Explosion of the released hydrogen damaged three reactor buildings and impeded onsite emergency response efforts. The accident prompted widespread evacuations of local populations, large economic losses, and the eventual shutdown of all nuclear power plants in Japan. "Lessons Learned from the Fukushima Nuclear Accident for Improving Safety and Security of U.S. Nuclear Plants" is a study of the Fukushima Daiichi accident. This report examines the causes of the crisis, the performance of safety systems at the plant, and the responses of its operators following the earthquake and tsunami. The report then considers the lessons that can be learned and their implications for U.S. safety and storage of spent nuclear fuel and high-level waste, commercial nuclear reactor safety and security regulations, and design improvements. "Lessons Learned" makes recommendations to improve plant systems, resources, and operator training to enable effective ad hoc responses to severe accidents. This report's recommendations to incorporate modern risk concepts into safety regulations and improve the nuclear safety culture will help the industry prepare for events that could challenge the design of plant structures and lead to a loss of critical safety functions. In providing a broad-scope, high-level examination of the accident, "Lessons Learned" is meant to complement earlier evaluations by industry and regulators. This in-depth review will be an essential resource for the nuclear power industry, policy makers, and anyone interested in the state of U.S. preparedness and response in the face of crisis situations. 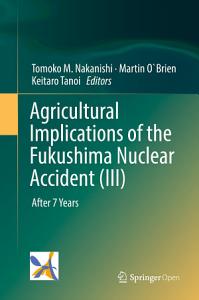 This open access book presents the findings from on-site research into radioactive cesium contamination in various agricultural systems affected by the Fukushima Daiichi Nuclear Power Plant accident in March 2011. This third volume in the series reports on studies undertaken at contaminated sites such as farmland, forests, and marine and freshwater environments, with a particular focus on livestock, wild plants and mushrooms, crops, and marine products in those environments. It also provides additional data collected in the subsequent years to show how the radioactivity levels in agricultural products and their growing environments have changed with time and the route by which radioactive materials entered agricultural products as well as their movement between different components (e.g., soil, water, and trees) within an environmental system (e.g., forests). The book covers various topics, including radioactivity testing of food products; decontamination trials for rice and livestock production; the state of contamination in, trees, mushrooms, and timber; the dynamics of radioactivity distribution in paddy fields and upland forests; damage incurred by the forestry and fishery industries; and the change in consumers’ attitudes. Chapter 19 introduces a real-time radioisotope imaging system, a pioneering technique to visualize the movement of cesium in soil and in plants. This is the only book to provide systematic data on the actual change of radioactivity, and as such is of great value to all researchers who wish to understand the effect of radioactive fallout on agriculture. In addition, it helps the general public to better understand the issues of radio-contamination in the environment. The project is ongoing; the research groups from the Graduate School of Agricultural and Life Sciences of The University of Tokyo continue their work in the field to further evaluate the long-term effects of the Fukushima accident.