Click Get Book Button To Download or read online The Best Worst President books, Available in PDF, ePub, Tuebl and Kindle. This site is like a library, Use search box in the widget to get ebook that you want. 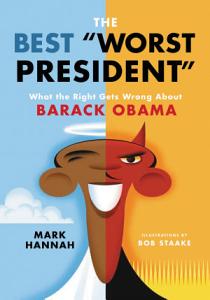 Political analyst and Democratic campaign veteran Mark Hannah and renowned New Yorker illustrator Bob Staake give Barack Obama the victory lap he deserves in this compendium that takes the president’s critics head-on and celebrates the president’s many underappreciated triumphs. Barack Obama’s election in 2008 was a watershed moment in American history that inspired supporters on the Left—and fired up enemies on the Right. Elected in the midst of multiple crises—a Wall Street meltdown that imperiled the global economy and American troops entangled in two foreign wars—Barack Obama’s presidency promised, from the start, to be one of the most consequential presidencies in modern American history. Although he stabilized the economy and restored America’s prestige on the global stage, President Obama has been denied the credit he deserves, receiving instead acidic commentary from political opponents such as former Vice President Dick Cheney, who declared that Obama was “the worst president in [his] lifetime”—an accusation that reflects the politics of resentment and recrimination that has come to characterize the president’s critics. In The Best "Worst President", Mark Hannah and New Yorker illustrator Bob Staake swiftly and systematically debunk conservative lies and disinformation meant to negate the president’s accomplishments and damage his reputation—baseless charges too often left unchallenged by the national media. The Best "Worst President" is a whip-smart takedown of these half-truths and hypocrisies, each refuted in a smart, witty, fact-based style. Hannah and Staake not only defend the president but showcase his administration’s most surprising and underappreciated triumphs—making clear he truly is the best “worst president” our nation has ever known. 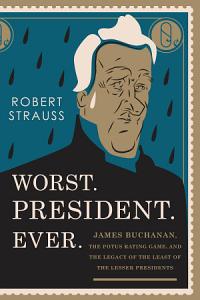 Worst. President. Ever. flips the great presidential biography on its head, offering an enlightening—and highly entertaining!—account of poor James Buchanan’s presidency to prove once and for all that, well, few leaders could have done worse. But author Robert Strauss does much more, leading readers out of Buchanan’s terrible term in office—meddling in the Dred Scott Supreme Court decision, exacerbating the Panic of 1857, helping foment the John Brown uprisings and “Bloody Kansas,” virtually inviting a half-dozen states to secede from the Union as a lame duck, and on and on—to explore with insight and humor his own obsession with presidents, and ultimately the entire notion of ranking our presidents. He guides us through the POTUS rating game of historians and others who have made their own Mount Rushmores—or Marianas Trenches!—of presidential achievement, showing why Buchanan easily loses to any of the others, but also offering insights into presidential history buffs like himself, the forgotten "lesser" presidential sites, sex and the presidency, the presidency itself, and how and why it can often take the best measures out of even the most dedicated men.

150 Reasons Why Barack Obama Is the Worst President in History

How will history remember Barack Obama? With all the failures of Barack Obama's presidency, it's impossible to remember them all. Matt Margolis and Mark Noonan have compiled everything you need to know about the presidency of Barack Obama (so far) into one book. Now you can easily find all the information that was ignored by the media, and forgotten during the 2012 election. Did Barack Obama really save this country from another Great Depression? Did he really improve our country's image around the world, or unite America? What about the new era of post-partisanship and government transparency? Did he really expand health coverage while lowering costs and cutting taxes? In Caucus of Corruption, Matt Margolis and Mark Noonan exposed the rampant corruption of the Democratic Party that went unreported by the media. Now, they have set their sights on Barack Obama. 150 Reasons Why Barack Obama is The Worst President in History exposes the truth about his presidency, and documents the facts that will shape his legacy: His real record on the economy; the ugly truths about Obamacare; his shocking abuses of taxpayer dollars; his bitterly divisive style of governing; his shameless usurping of the Constitution; his scandals and cover ups; his policy failures at home and abroad; the unprecedented expansion of government power. All of these facts are now at your fingertips in a single source. 150 Reasons Why Barack Obama is The Worst President in History is your ultimate guide Obama's real record. Not the record touted by Obama on the campaign trail, or in Obama Administration talking points, but everything they'd like you to forget.

Best Library Ever Worst President Ever

Did you know that every U.S. president gets a presidential library after leaving office - and YOU pay for it?This book reveals leaked plans for the Donald J. Trump Presidential Library & Museum and tours this zany zone: *Ivanka Avenue offers tremendous views of The Statue of Trumpety with Don's fist replacing Lady Liberty's flame.*No books inside this library, but a continuous stream of Trump tweets showcasing his "best words."*Get Trump's Florida orange look - rent a sunbed or purchase his signature Orang-U-Tan cream. Best Tan Ever *Visit the Saturated Fat-Cats Caf for charred steak, tubs of fried chicken, covfefe, and Diet cola.*The don't-miss Heroes and Villains exhibit sponsored by the Russian Federation."Horrible, dishonest and not goodly written " - John Barron, Washington DCTRUMPUBLICANS--Don't buy this book. You won't like it 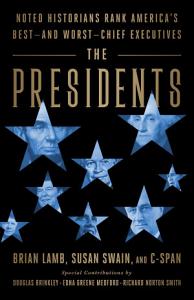 The complete rankings of our best -- and worst -- presidents, based on C-SPAN's much-cited Historians Surveys of Presidential Leadership. Over a period of decades, C-SPAN has surveyed leading historians on the best and worst of America's presidents across a variety of categories -- their ability to persuade the public, their leadership skills, the moral authority, and more. The crucible of the presidency has forged some of the very best and very worst leaders in our national history, along with much in between. Based on interviews conducted over the years with a variety of presidential biographers, this book provides not just a complete ranking of our presidents, but stories and analyses that capture the character of the men who held the office. From Abraham Lincoln's political savvy and rhetorical gifts to James Buchanan's indecisiveness, this book teaches much about what makes a great leader--and what does not. As America looks ahead to our next election, this book offers perspective and criteria that may help us choose our next leader wisely.