The Science of Gluten-Free Foods and Beverages Books

Click Get Book Button To Download or read online The Science of Gluten-Free Foods and Beverages books, Available in PDF, ePub, Tuebl and Kindle. This site is like a library, Use search box in the widget to get ebook that you want.

In genetically susceptible individuals the ingestion of gluten and related proteins triggers an immune-mediated enteropathy known as Coeliac Disease (CD). Recent epidemiological studies have shown that 1 in 100 people worldwide suffer from CD. Such a rate establishes CD as one of the most common food intolerances. Coeliac patients eating wheat or related proteins such as hordeins (barley) or secalins (rye) undergo an immunological response, localized in the small intestine, which destroys mature absorptive epithelial cells on the surface of the small intestine. Currently, the only way that CD can be treated is the total lifelong avoidance of gluten ingestion. Therefore, people that suffer from CD have to follow a very strict diet and avoid any products which contain wheat, rye or barley. Avoidance of these cereals leads to a recovery from the disease and significant improvement of the intestinal mucosa and its absorptive functions. Coeliac patients are not in position to eat some of the most common foods such as bread, pizzas, biscuits or drink beer and whiskey. Due to the unique properties of gluten, it is a big challenge for food scientists to produce good quality gluten free products. The Science of Gluten-Free Foods and Beverages covers the work presented at the First International Conference on Gluten-Free Cereal Products and Beverages. The area of gluten-free foods and beverages is becoming more and more important, since the number of people suffering from Coeliac Disease as well as people suffering from gluten allergies is rising. In the United Kingdom, 10% of the population claims to be suffering from food allergies. This book will be extensively referenced. It is meant to give an overview of the work being carried out in the area of gluten-free science. 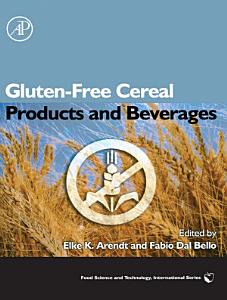 Gluten-Free Cereal Products and Beverages is the only book to address gluten-free foods and beverages from a food science perspective. It presents the latest work in the development of gluten-free products, including description of the disease, the detection of gluten, and the labeling of gluten-free products as well as exploring the raw materials and ingredients used to produce gluten-free products. Identifying alternatives to the unique properties of gluten has proven a significant challenge for food scientists and for the 1% of the world’s population suffering from the immune-mediated entropathy reaction to the ingestion of gluten and related proteins, commonly known as Celiac Disease. This book includes information on the advances in working with those alternatives to create gluten free products including gluten-free beer, malt and functional drinks. Food scientists developing gluten-free foods and beverages, cereal scientists researching the area, and nutritionists working with celiac patients will find this book particularly valuable. Written by leading experts, presenting the latest developments in gluten-free products Addresses Coeliac Disease from a food science perspective Presents each topic from both a scientific and industrial point of view 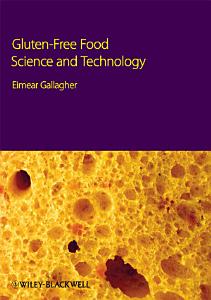 Coeliac disease (CD) and other allergic reactions/intolerances to gluten are on the rise, largely due to improved diagnostic procedures and changes in eating habits. The worldwide incidence of coeliac disease has been predicted to increase by a factor of ten over the next number of years, and this has resulted in a growing market for high quality gluten-free cereal products. However, the removal of gluten presents major problems for bakers. Currently, many gluten-free products on the market are of low quality and short shelf life, exhibiting poor mouthfeel and flavour. This challenge to the cereal technologist and baker alike has led to the search for alternatives to gluten in the manufacture of gluten-free bakery products. This volume provides an overview for the food industry of issues related to the increasing prevalence of coeliac disease and gluten intolerance. The properties of gluten are discussed in relation to its classification and important functional characteristics, and the nutritional value of gluten-free products is also addressed. The book examines the diversity of ingredients that can be used to replace gluten and how the ingredient combinations and subsequent rheological and manufacturing properties of a range of gluten-free products, e.g. doughs, breads, biscuits and beer may be manipulated. Recommendations are given regarding the most suitable ingredients for different gluten-free products. The book is directed at ingredient manufacturers, bakers, cereal scientists and coeliac associations and societies. It will also be of interest to academic food science departments for assisting with undergraduate studies and postgraduate research. The Author Dr Eimear Gallagher, Ashtown Food Research Centre, Teagasc - The Irish Agriculture and Food Development Authority, Dublin, Ireland Also available from Wiley-Blackwell Management of Food Allergens Edited by J. Coutts and R. Fielder ISBN 9781405167581 Bakery Manufacture and Quality - Water Control and Effects Second Edition S. Cauvain and L. Young ISBN 9781405176132 Whole Grains and Health Edited by L. Marquart et al ISBN 9780813807775

Cereals for Food and Beverages 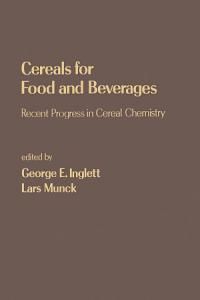 Cereals for Food and Beverages Recent Progress in Cereal Chemistry and Technology covers the proceedings of an international conference held in Copenhagen, Denmark on August 13-17, 1979. It summarizes the chemistry and technology of the major cereals related to their usage in food and beverages. This book is organized into 28 chapters that focus on various cereals, including wheat, maize, barley, oats, rye, sorghum, rice, and millet. It briefly discusses a range of fluorescence methods for visualizing major grain reserves, and then outlines the advantages of the methods over conventional microscopy. Considerable chapters are devoted to the chemistry of wheat as related to water activity, particle analysis, dietary fiber, proteins, and properties in breadmaking. A chapter also covers the milling technology of wheat for bread and soft wheat production. Discussions on maize science include a protein concentrate, starch, and protein chemistry. Chapters on maize technology cover the progress in sugar production by enzymes from starch, germ products in baked foods, and utilization in brewing. Subsequent chapters on barley studies include its morphology and physiology in malting; proanthrocyanidin-free barley in beer; and the basic science of hordein. Chemistry and technology of oats are covered in two chapters, followed by chapters on sorghum, rice, millet, soy sauce production, and hydrolyzed vegetable proteins. This book will be a useful reference for students, scientists, technologists, and manufacturers who are involved in any facet of food and beverage production. 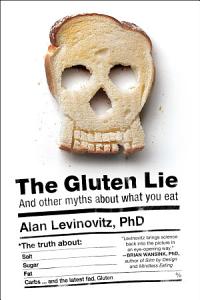 An incendiary work of science journalism debunking the myths that dominate the American diet and showing readers how to stop feeling guilty and start loving their food again—sure to ignite controversy over our obsession with what it means to eat right. FREE YOURSELF FROM ANXIETY ABOUT WHAT YOU EAT Gluten. Salt. Sugar. Fat. These are the villains of the American diet—or so a host of doctors and nutritionists would have you believe. But the science is far from settled and we are racing to eliminate wheat and corn syrup from our diets because we’ve been lied to. The truth is that almost all of us can put the buns back on our burgers and be just fine. Remember when butter was the enemy? Now it’s good for you. You may have lived through times when the Atkins Diet was good, then bad, then good again; you may have wondered why all your friends cut down on salt or went Paleo; and you might even be thinking about cutting out wheat products from your own diet. For readers suffering from dietary whiplash, The Gluten Lie is the answer. Scientists and physicians know shockingly little about proper nutrition that they didn’t know a thousand years ago, even though Americans spend billions of dollars and countless hours obsessing over “eating right.” In this groundbreaking work, Alan Levinovitz takes on bestselling physicians and dietitians, exposing the myths behind how we come to believe which foods are good and which are bad—and pointing the way to a truly healthful life, free from anxiety about what we eat.