Click Get Book Button To Download or read online The Vilna Vegetarian Cookbook books, Available in PDF, ePub, Tuebl and Kindle. This site is like a library, Use search box in the widget to get ebook that you want. 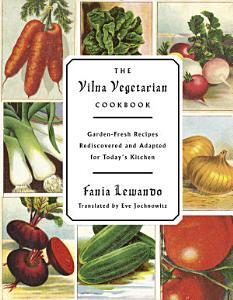 Beautifully translated for a new generation of devotees of delicious and healthy eating: a groundbreaking, mouthwatering vegetarian cookbook originally published in Yiddish in pre–World War II Vilna and miraculously rediscovered more than half a century later. In 1938, Fania Lewando, the proprietor of a popular vegetarian restaurant in Vilna, Lithuania, published a Yiddish vegetarian cookbook unlike any that had come before. Its 400 recipes ranged from traditional Jewish dishes (kugel, blintzes, fruit compote, borscht) to vegetarian versions of Jewish holiday staples (cholent, kishke, schnitzel) to appetizers, soups, main courses, and desserts that introduced vegetables and fruits that had not traditionally been part of the repertoire of the Jewish homemaker (Chickpea Cutlets, Jerusalem Artichoke Soup; Leek Frittata; Apple Charlotte with Whole Wheat Breadcrumbs). Also included were impassioned essays by Lewando and by a physician about the benefits of vegetarianism. Accompanying the recipes were lush full-color drawings of vegetables and fruit that had originally appeared on bilingual (Yiddish and English) seed packets. Lewando's cookbook was sold throughout Europe. Lewando and her husband died during World War II, and it was assumed that all but a few family-owned and archival copies of her cookbook vanished along with most of European Jewry. But in 1995 a couple attending an antiquarian book fair in England came upon a copy of Lewando's cookbook. Recognizing its historical value, they purchased it and donated it to the YIVO Institute for Jewish Research in New York City, the premier repository for books and artifacts relating to prewar European Jewry. Enchanted by the book's contents and by its backstory, YIVO commissioned a translation of the book that will make Lewando's charming, delicious, and practical recipes available to an audience beyond the wildest dreams of the visionary woman who created them. With a foreword by Joan Nathan. Full-color illustrations throughout. Translated from the Yiddish by Eve Jochnowitz. 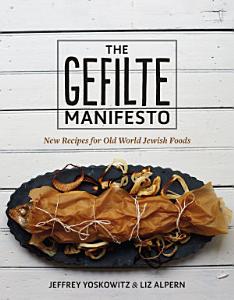 The founders of the world-famous Gefilteria revitalize beloved old-world foods with ingenious new approaches in their debut cookbook. Liz Alpern and Jeffrey Yoskowitz are on a mission to reclaim and revolutionize Ashkenazi cuisine. Combining the inventive spirit of a new generation and respect for their culinary tradition, they present more than a hundred recipes pulled deep from the kitchens of Eastern Europe and the diaspora community of North America. Their recipes highlight the best of Ashkenazi home and storefront cuisine, tapping into the enduring Jewish values of resourcefulness and seasonality. Drawing inspiration from aromatic Jewish bakeries (Classic Challah with a Marble Rye Twist, Seeded Honey Rye Pull-Apart Rolls), neighborhood delis (Home-Cured Corned Beef and Pastrami, Rustic Matzo Balls, and Old World Stuffed Gefilte Fish), old-fashioned pickle shops (Crisp Garlic Dilly Beans, Ashkenazi Kimchi), and, of course, their own childhood kitchens, Yoskowitz and Alpern rediscover old-world food traditions, helping you bring simple and comforting recipes into your home. Dishes like Spiced Blueberry Soup, Kasha Varnishkes with Brussels Sprouts, and Sweet Lokshen Kugel with Plums celebrate flavors passed down from generation to generation in recipes reimagined for the contemporary kitchen. Other recipes take a playful approach to the Old World, like Fried Sour Pickles with Garlic Aioli and Sour Dill Martinis. The Gefilte Manifesto is more than a cookbook. It’s a call to action, a reclamation of time-honored techniques and ingredients, from the mind-blowingly easy Classic Sour Dill Pickles to the Crispy Honey-Glazed Chicken with Tsimmes. Make a stand. Cook the Manifesto. The results are radically delicious.

A Vegan Taste of Eastern Europe

This collection of cookbooks interprets the savory flavors of international cuisines for the animal-free, vegan diet. Each region’s most famed dishes are detailed or redesigned to be meat- and dairy-free. With recipes for appetizers, breads, salads, main courses, desserts, and drinks, each cookbook covers the entire culinary palate. The vegan-friendly staples of the Eastern European diet—seasonal produce, fresh and dried fruits, nuts, and poppy seeds—are at the heart of these flavorful dishes. Hearty soups topped with dumplings, dense wholesome rye breads, pickled vegetables, specialty grain dishes, beetroot salads, and sweet desserts are among the tantalizing tastes reflected in the recipes of this traditional cuisine.

The Heart of the Plate 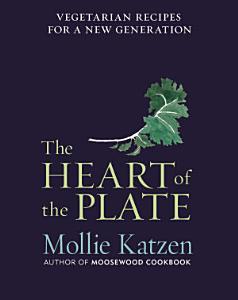 Delightfully unfussy meatless meals from the author of Moosewood Cookbook! With The Moosewood Cookbook, Mollie Katzen changed the way a generation cooked and brought vegetarian cuisine into the mainstream. In The Heart of the Plate, she completely reinvents the vegetarian repertoire, unveiling a collection of beautiful, healthful, and unfussy dishes—her “absolutely most loved.” Her new cuisine is light, sharp, simple, and modular; her inimitable voice is as personal, helpful, clear, and funny as ever. Whether it’s a salad of kale and angel hair pasta with orange chili oil or a seasonal autumn lasagna, these dishes are celebrations of vegetables. They feature layered dishes that juxtapose colors and textures: orange rice with black beans, or tiny buttermilk corn cakes on a Peruvian potato stew. Suppers from the oven, like vegetable pizza and mushroom popover pie, are comforting but never stodgy. Burgers and savory pancakes—from eggplant Parmesan burgers to zucchini ricotta cloud cakes—make weeknight dinners fresh and exciting. “Optional Enhancements” allow cooks to customize every recipe. The Heart of the Plate is vibrantly illustrated with photographs and original watercolors by the author herself. 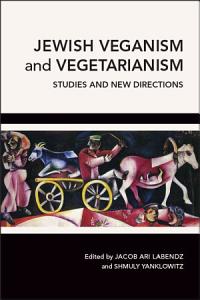 A multidisciplinary approach to the study of veganism, vegetarianism, and meat avoidance among Jews, both historical and contemporary. In recent decades, as more Jews have adopted plant-based lifestyles, Jewish vegan and vegetarian movements have become increasingly prominent. This book explores the intellectual, religious, and historical roots of veganism and vegetarianism among Jews and presents compelling new directions in Jewish thought, ethics, and foodways. The contributors, including scholars, rabbis, and activists, explore how Judaism has inspired Jews to eschew animal products and how such choices, even when not directly inspired by Judaism, have enriched and helped define Jewishness. Individually, and as a collection, the chapters in this book provide an opportunity to meditate on what may make veganism and vegetarianism particularly Jewish, as well as the potential distinctiveness of Jewish veganism and vegetarianism. The authors also examine the connections between Jewish veganism and vegetarianism and other movements, while calling attention to divisions among Jewish vegans and vegetarians, to the specific challenges of fusing Jewishness and a plant-based lifestyle, and to the resistance Jewish vegans and vegetarians can face from parts of the Jewish community. The book’s various perspectives represent the cultural, theological, and ideological diversity among Jews invested in such conversations and introduce prominent debates within their movements. “Whether looking at the pages of the Talmud, vegetarian poems written in Yiddish, lyrics written by Jewish punk rockers, or into a pot of vegan matzo ball soup, this book explores the many ways in which Jews have questioned the ethics of eating animals. Labendz and Yanklowitz achieve their stated goal of exploring ‘what distinguishes Jewish veganism and vegetarianism as Jewish.’ You do not have to be a vegetarian or a vegan (or Jewish!) in order to learn from, and indeed grapple with, the many questions, dilemmas, and readings that the contributors raise.” — Jordan D. Rosenblum, author of The Jewish Dietary Laws in the Ancient World “Jewish Veganism and Vegetarianism offers theological, pragmatic, ethical, environmental, and other ways to view non-meat eating as a viable, healthy, and holy Judaic strategy to consume the world. Anyone who eats or thinks about eating should take this volume seriously.” — Rabbi Jonathan K. Crane, author of Eating Ethically: Religion and Science for a Better Diet “From the Talmud’s ambivalence about human and animal suffering to the challenges of making a vegan matzo ball, Jewish Veganism and Vegetarianism offers surprising views of the many ways Jewish practice, Jewish culture, and individual Jews acted and reacted in their encounters with a vegetable diet. This important and overdue book does much to introduce a long-neglected chapter of Jewish culinary practice and to inspire and instruct future research.” — Eve Jochnowitz, cotranslator of Fania Lewando’s The Vilna Vegetarian Cookbook: Garden-Fresh Recipes Rediscovered and Adapted for Today’s Kitchen