Click Get Book Button To Download or read online War and Turpentine books, Available in PDF, ePub, Tuebl and Kindle. This site is like a library, Use search box in the widget to get ebook that you want. 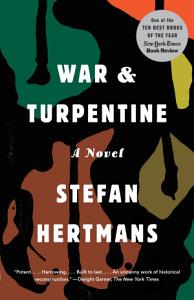 Longlisted for the Man Booker International Prize 2017 A New York Times Top 10 Best Book of the Year An Economist Best Book of the Year The life of Urbain Martien—artist, soldier, survivor of World War I—lies contained in two notebooks he left behind when he died in 1981. In War and Turpentine, his grandson, a writer, retells his grandfather’s story, the notebooks providing a key to the locked chambers of Urbain’s memory. With vivid detail, the grandson recounts a whole life: Urbain as the child of a lowly church painter, retouching his father’s work;dodging death in a foundry; fighting in the war that altered the course of history; marrying the sister of the woman he truly loved; being haunted by an ever-present reminder of the artist he had hoped to be and the soldier he was forced to become. Wrestling with this tale, the grandson straddles past and present, searching for a way to understand his own part in both. As artfully rendered as a Renaissance fresco, War and Turpentine paints an extraordinary portrait of one man’s life and reveals how that life echoed down through the generations. (With black-and-white illustrations throughout) 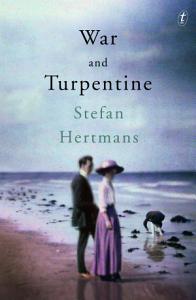 Shortly before his death in 1981, Stefan Hertmans’ grandfather gave him a couple of filled exercise books. Stories he’d heard as a child had led Hertmans to suspect that their contents might be disturbing, and for years he didn’t dare to open them. When he finally did, he discovered unexpected secrets. His grandfather’s life was marked by years of childhood poverty in late-nineteenth-century Belgium, by horrific experiences on the frontlines during the First World War and by the loss of the young love of his life. He sublimated his grief in the silence of painting. Drawing on these diary entries, his childhood memories and the stories told within Urbain’s paintings, Hertmans has produced a poetic novelisation of his grandfather’s story, brought to life with great imaginative power and vivid detail. War and Turpentine is an enthralling search for a life that coincided with the tragedy of a century—and a posthumous, almost mythical attempt to give that life a voice at last. Stefan Hertmans has published novels, short-story collections, essays and poetry. In 1995 he was awarded the three-yearly Flemish poetry prize. He has also received two nominations for the VSB Poetry Prize. His most recent novel, The Hidden Tissue, received unanimous praise. ‘Hertmans follows in his grandfather’s footsteps in this brilliant and moving imagined reconstruction, his imagination beautifully filling the gaps as he describes “the battle between the transcendent, which he yearned for, and the memory of death and destruction, which held him in its clutches.’ Sunday Express ‘A mesmerising portrait of an artist as a young man, a significant contribution to First World War literature and a brilliant evocation of a vanished world.’ Herald ‘A masterly treatise on the interconnections of life, art, memory, and heartbreaking love...Hertmans’s prose, with a deft translation from McKay, works with the same full palette as Urbain Martien’s paintings: vivid, passionate—and in the end, life-affirming.’ Publishers Weekly ‘Wonderful, full of astonishingly vivid moments of powerful imagery...[Hertmans] brilliantly captures the intractable reality of a complex man...I thought I’d had enough of books about the First World War; I couldn’t have been more wrong.’ Sunday Times ‘Every detail has the heightened luminosity of poetry...The book has such convincing density of detail, with the quiddities of a particular life so truthfully rendered, that I was reminded of a phrase from Middlemarch: “an idea wrought back to the directness of sense, like the solidity of objects”. Hertmans’ achievement is exactly that...War and Turpentine has all the markings of a future classic.’ Guardian ‘A gritty yet melancholy account of war and memory and art that may remind some readers of the work of the German writer W. G. Sebald...Urbain Martien was a man of another time. This serious and dignified book is old-fashioned, too, in the pleasant sense that it seems built to last.’ New York Times ‘[Hertmans] recreates the lives and losses of the deceased with enormous empathy and skill... Like many family dramas, this is a work that veers between sense and sentimentality. It is in many ways an old-fashioned book, and pleasingly so... It is sympathetic remembrance, shaped into lasting elegy.’ Australian ‘A lovingly reimagined life of an ordinary man whose life was forever marked by the first world war. Fine prose from a Flemish-Belgian poet and essayist.’ Best Books of 2016, Australian Financial Review ‘‘Reminiscent of WG Sebald, this intoxicating hybrid of a book combines memoir with fiction...This beautiful and cunning book is the result of that transformation.’ Dominic Smith, Best Books of 2016, Australian ‘A lovingly reimagined life of an ordinary man whose life was for ever marked by the first world war.’ Best Books of 2016, Economist ‘A thought-provoking novel...He comes at the subject in ways that acknowledge the difficulties of remembering.’ NZ Listener 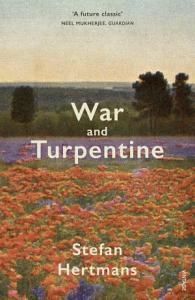 WINNER OF THE VONDEL PRIZE 2017 LONGLISTED FOR THE 2017 MAN BOOKER INTERNATIONAL PRIZE Selected as a Book of the Year 2016 in The Times, Sunday Times and The Economist, and one of the 10 Best Books of 2016 in the New York Times Shortly before his death, Stefan Hertmans' grandfather Urbain Martien gave his grandson a set of notebooks containing the detailed memories of his life. He grew up in poverty around 1900, the son of a struggling church painter who died young, and went to work in an iron foundry at only 13. Afternoons spent with his father at work on a church fresco were Urbain’s heaven; the iron foundry an inferno. During the First World War, Urbain was on the front line confronting the invading Germans, and ever after he is haunted by events he can never forget. The war ends and he marries his great love, Maria Emelia, but she dies tragically in the 1919 flu epidemic. Urbain mourns her bitterly for the rest of his life but, like the obedient soldier he is, he marries her sister at her parents' bidding. The rest is not quite silence, but a marriage with a sad secret at its heart, and the consolations found in art and painting. War and Turpentine is the imaginative reconstruction of a damaged life across the tumultuous decades of the twentieth century; a deeply moving portrayal of family, grief, love and war. 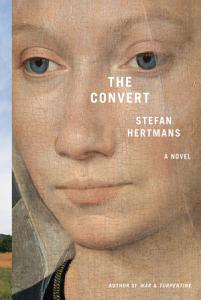 Finalist for the 2020 National Jewish Book Awards In this dazzling work of historical fiction, the Man Booker International–long-listed author of War and Turpentine reconstructs the tragic story of a medieval noblewoman who leaves her home and family for the love of a Jewish boy. In eleventh-century France, Vigdis Adelaïs, a young woman from a prosperous Christian family, falls in love with David Todros, a rabbi’s son and yeshiva student. To be together, the couple must flee their city, and Vigdis must renounce her life of privilege and comfort. Pursued by her father’s knights and in constant danger of betrayal, the lovers embark on a dangerous journey to the south of France, only to find their brief happiness destroyed by the vicious wave of anti-Semitism sweeping through Europe with the onset of the First Crusade. What begins as a story of forbidden love evolves into a globe-trotting trek spanning continents, as Vigdis undertakes an epic journey to Cairo and back, enduring the unimaginable in hopes of finding her lost children. Based on two fragments from the Cairo Genizah—a repository of more than three hundred thousand manuscripts and documents stored in the upper chamber of a synagogue in Old Cairo—Stefan Hertmans has pieced together a remarkable work of imagination, re-creating the tragic story of two star-crossed lovers whose steps he retraces almost a millennium later. Blending fact and fiction, and with immense imagination and stylistic ingenuity, Hertmans painstakingly depicts Vigdis’s terrible trials, bringing the Middle Ages to life and illuminating a chaotic world of love and hate. 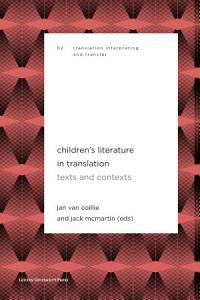 For many of us, our earliest and most meaningful experiences with literature occur through the medium of a translated children’s book. This volume focuses on the complex interplay that happens between text and context when works of children’s literature are translated: what contexts of production and reception account for how translated children’s books come to be made and read as they are? How are translated children’s books adapted to suit the context of a new culture? Spanning the disciplines of Children’s Literature Studies and Translation Studies, this book brings together established and emerging voices to provide an overview of the analytical, empirical and geographic richness of current research in this field and to identify and reflect on common insights, analytical perspectives and trajectories for future interdisciplinary research. This volume will appeal to an interdisciplinary audience of scholars and students in Translation Studies and Children’s Literature Studies and related disciplines. It has a broad geographic and cultural scope, with contributions dealing with translated children’s literature in the United Kingdom, the United States, Ireland, Spain, France, Brazil, Poland, Slovenia, Hungary, China, the former Yugoslavia, Sweden, Germany, and Belgium.