Click Get Book Button To Download or read online Women’s Work books, Available in PDF, ePub, Tuebl and Kindle. This site is like a library, Use search box in the widget to get ebook that you want. 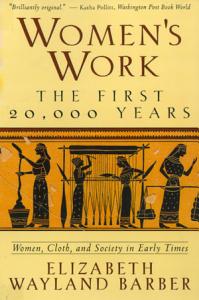 "A fascinating history of…[a craft] that preceded and made possible civilization itself." —New York Times Book Review New discoveries about the textile arts reveal women's unexpectedly influential role in ancient societies. Twenty thousand years ago, women were making and wearing the first clothing created from spun fibers. In fact, right up to the Industrial Revolution the fiber arts were an enormous economic force, belonging primarily to women. Despite the great toil required in making cloth and clothing, most books on ancient history and economics have no information on them. Much of this gap results from the extreme perishability of what women produced, but it seems clear that until now descriptions of prehistoric and early historic cultures have omitted virtually half the picture. Elizabeth Wayland Barber has drawn from data gathered by the most sophisticated new archaeological methods—methods she herself helped to fashion. In a "brilliantly original book" (Katha Pollitt, Washington Post Book World), she argues that women were a powerful economic force in the ancient world, with their own industry: fabric. 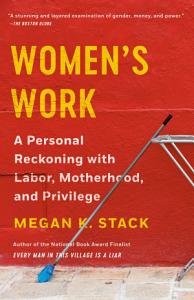 A NEW YORK TIMES NOTABLE BOOK OF 2019 From National Book Award finalist Megan K. Stack, a stunning memoir of raising her children abroad with the help of Chinese and Indian women who are also working mothers When Megan Stack was living in Beijing, she left her prestigious job as a foreign correspondent to have her first child and work from home writing a book. She quickly realized that caring for a baby and keeping up with the housework while her husband went to the office each day was consuming the time she needed to write. This dilemma was resolved in the manner of many upper-class families and large corporations: she availed herself of cheap Chinese labor. The housekeeper Stack hired was a migrant from the countryside, a mother who had left her daughter in a precarious situation to earn desperately needed cash in the capital. As Stack's family grew and her husband's job took them to Dehli, a series of Chinese and Indian women cooked, cleaned, and babysat in her home. Stack grew increasingly aware of the brutal realities of their lives: domestic abuse, alcoholism, unplanned pregnancies. Hiring poor women had given her the ability to work while raising her children, but what ethical compromise had she made? Determined to confront the truth, Stack traveled to her employees' homes, met their parents and children, and turned a journalistic eye on the tradeoffs they'd been forced to make as working mothers seeking upward mobility--and on the cost to the children who were left behind. Women's Work is an unforgettable story of four women as well as an electrifying meditation on the evasions of marriage, motherhood, feminism, and privilege. 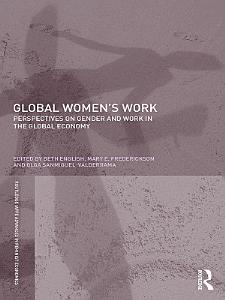 This volume considers how women are shaping the global economic landscape through their labor, activism, and multiple discourses about work. Bringing together an interdisciplinary group of international scholars, the book offers a gendered examination of work in the global economy and analyses the effects of the 2008 downturn on women’s labor force participation and workplace activism. The book addresses three key themes: exploitation versus opportunity; women’s agency within the context of changing economic options; and women’s negotiations and renegotiations of unpaid social reproductive labor. This uniquely interdisciplinary and comparative analysis will be crucial reading for anyone with an interest in gender and the post-crisis world. 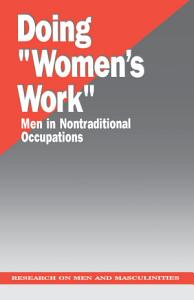 This book summarizes the state of our knowledge on the effects of men in women's professions - effects on the men, on their views of masculinity, on the occupations and on the women they work with. Do men get preferential treatment in these positions? Do they receive higher salaries? Or are they treated the same as their women colleagues? Through a series of statistical and demographic analyses, as well as case studies of men in professions such as teaching, secretarial work, care-giving and stripping, the contributors give a glimpse of the role of these men in bolstering or undermining the gendered assumptions of occupational sex segregation in the workplace. 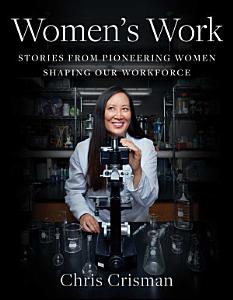 “A beautiful book that provides genuine encouragement and inspiration. Vivid portrait photography and accompanying essays declare that all work is women's work.” —Kirkus Reviews (starred review) In this stunning collection, award-winning photographer Chris Crisman documents the women who pioneered work in fields that have long been considered the provinces of men—with accompanying interviews on how these inspiring women have always paved their own ways. Today, young girls are told they can do—and be—anything they want when they grow up. Yet the unique challenges that women face in the workplace, whether in the boardroom or the barnyard, have never been more publicly discussed and scrutinized. With Women’s Work, Crisman pairs his award-winning, striking portrait photography of women on the job with poignant, powerful interviews of his subjects: women who have carved out unique places for themselves in a workforce often dominated by men, and often dominated by men who have told them no. Through their stories, we see not only the ins and outs of their daily work, but the emotional and physical labors of the jobs they love. Women’s Work is a necessary snapshot of how far we’ve come and where we’re heading next—their stories are an inspiration as well as a call to action for future generations of women at work. Women’s Work features more than sixty beautiful photographs, including Alison Goldblum, contractor; Anna Valer Clark, ranch owner; Ayah Bdeir, CEO of littleBits; Beth Beverly, taxidermist; Carla Hall, blacksmith; Cherise Van Hooser, funeral director; Jordan Ainsworth, gold miner; Magen Lowe, correctional officer; Mindy Gabriel, firefighter; Nancy Poli, pig farmer; Katherine Kallinis Berman and Sophie Kallinis LaMontagne, Founders of Georgetown Cupcake; Doris Kearns Goodwin, presidential biographer; Sophi Davis, cowgirl; Abingdon Welch, pilot; Christy Wilhelmi, beekeeper; Connie Chang, chemical engineer; Danielle Perez, comedienne; Indra Nooyi, former CEO of PepsiCo; Lisa Calvo, oyster farmer; Mia Anstine, outdoor guide; Meejin Yoon, architect; Yoky Matsuoka, a tech VP at Google; and many more.