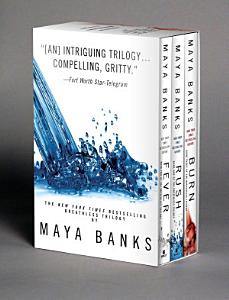 Thee wealthy and powerful friends accustomed to getting whatever they want each share steamy encounters with three very different women who turn their worlds upside down. 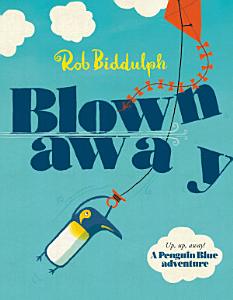 This is a read-along edition with audio synced to the text. Meet a fearless blue penguin on an unexpected journey, in this Waterstones Children’s Book Prize-winning story from the bestselling Rob Biddulph, creator of the internet sensation #DrawWithRob! 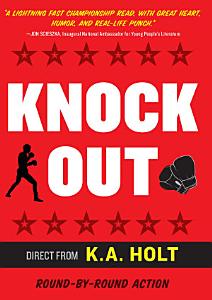 Levi just wants to be treated like a typical kid. As a baby, he had a serious disease that caused him respiratory issues. He's fine now, but his mom and overprotective brother still think of him as damaged, and his schoolmates see him as the same class clown he's always been. He feels stuck. So when his dad—divorced from his mom—suggests he take up boxing, he falls in love with the sport. And when he finds out about a school with a killer boxing team and a free-study curriculum, it feels like he's found a ticket to a new Levi. But how can he tell his mom about boxing? And how can he convince his family to set him free? 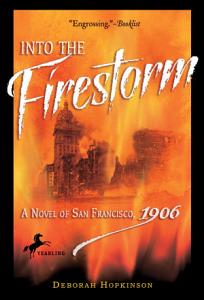 A Date at the Altar 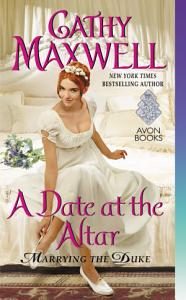 New York Times bestselling author Cathy Maxwell’s glittering Marrying the Duke series continues—Twice he has been close to the altar and still no duchess. Will the third time be the charm? A duke can’t marry just anyone. His wife must be of good family, be fertile, be young. Struggling playwright Sarah Pettijohn is absolutely the last woman Gavin Whitridge, Duke of Baynton, would ever fall in love with. She is an actress, born on the wrong side of the blanket, and always challenges his ducal authority. She never hesitates to tell him what she thinks. However, there is something about her that stirs his blood . . . which makes her perfect for a bargain he has in mind: In exchange for backing her play, he wants Sarah to teach him about love. And he, in turn, has a few things to teach her about men . . . 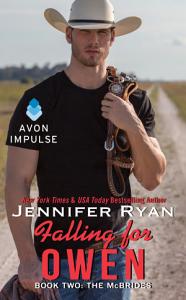 The McBrides of Fallbrook return with reformed bad boy Owen. He'll do whatever he must to protect the woman who's captured his heart. Attorney by day, rancher by night Owen McBride conquered his dark past and made it his mission to help the innocent—even at the expense of a personal life. But when a client's abusive ex-husband targets Owen and his gorgeous neighbor Claire gets caught in the crossfire, his feelings turn anything but professional. The mysterious beauty awakens something in him, and he'll move heaven and earth to keep her safe. Coffee shop owner Claire Walsh learned the hard way that handsome men aren't to be trusted. Owen may be sexy as hell and determined to take care of her, but she's reluctant to put her heart on the line. His presence in her life puts a target on her back, yet the more time she spends with him, the more she finds she can't help falling for Owen. 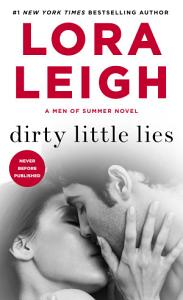 From #1 bestselling author Lora Leigh comes Dirty Little Lies, a scintillating novel of the Men of Summer—and the scorching hot women who set their hearts on fire... THE HEART HAS ITS SECRETS. Zack Richards knows he’s asking for trouble. Trying to protect a member of the notorious Maddox family could get a man killed—even a battle-scarred, muscle-ripped alpha like Zack. But the woman who has captured his wildest fantasies is nothing like the rest of her power-hungry clan. She’s innocent, beautiful, and has quickly become the one shining light in his dark, desperate world. The only woman worth fighting for...and dying for... BUT PASSION NEVER LIES. Her name is Grace Maddox—and everybody knows that she is a marked woman. Targeted for her family’s sins and hunted like a wild animal, Grace has no choice but to accept Zack’s protection. In his arms, she finally feels safe. In his eyes, she sees an insatiable desire that mirrors her own. But the truth is dangerous—and could end up tearing them apart. Will surrendering to Zack end up being the biggest mistake of Grace’s life? 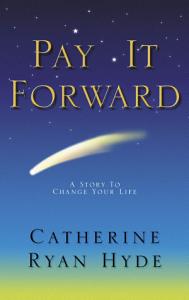 What if everyone in the world did a good deed for three people - and what if each of them 'paid it forward' by doing a good deed for three more people, and so on, until the world was a different place? PAY IT FORWARD begins when social studies teacher Reuben St Clair gives his class an extra assignment: implement a plan that will change the world. Trevor, a boy with an active imagination and a loving, though dysfunctional, mother, rises to the challenge. His plan is this: he'll do something good for three people and tell each that instead of paying him back, they should pay it forward and do a favour for three more people. Trevor's initial attempt seems to fail. But eventually, wondrously, the seeds that Trevor has planted bear fruit in ways that are marvellous to behold and that surprise even Trevor.

The Versions of Us

#1 UK Bestseller "Barnett's enchanting debut imagines three possible lives, three possible love stories--each with its unique joys and sorrows--demonstrating that life has no perfect path." --People "One of the most engrossing novels either of us has read in years." --Richard Madeley, the Richard and Judy Book Club A stunning novel about the ways the smallest decisions give shape to our lives, The Versions of Us charts a relationship through three possible futures. Cambridge, 1958. Late for class, Eva Edelstein swerves to miss a dog and crashes her bike. Jim Lewis hurries to help her. In that brief moment, three outcomes are born for Eva and Jim. As the strands of their lives weave together and apart across the decades from college through wildly different successes and disappointments, seductions and betrayals, births and funerals, joys and sorrows, the only constant is the power of their connection. TheVersions of Us is a tour de force of storytelling that will enthrall readers who loved One Day and Life After Life. 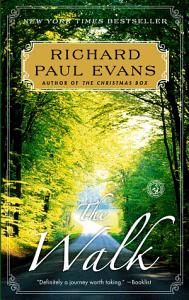 The first book in the inspiring New York Times bestselling series about an executive who loses everything he holds dear and embarks on a walk across America that changes his life forever. What would you do if you lost everything—your job, your home, and the love of your life—all at the same time? When it happens to Seattle ad executive Alan Christoffersen, he’s tempted by his darkest thoughts. Instead, he decides to take a walk. But not any ordinary walk. Taking with him only the barest of essentials, Alan leaves behind all that he’s known and heads for the farthest point on his map: Key West, Florida. The people he encounters along the way, and the lessons they share with him, will save his life—and inspire yours. A life-changing journey, both physical and spiritual, The Walk is the first of an unforgettable bestselling series of books about one man’s search for hope.